Discover More About Birthflowers for July 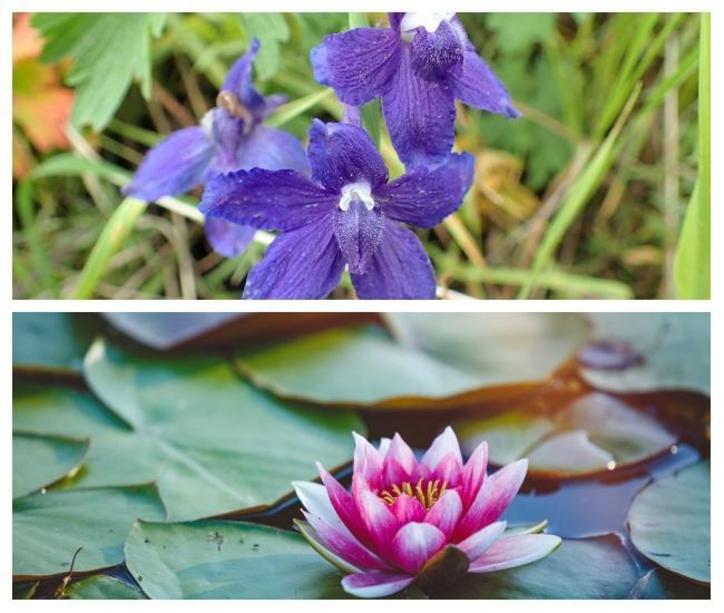 Like birthstones, each month of the year has its own flower. This flower holds meaning and significance and it is said that their characteristics may be ‘inherited’ by whomever is born in that month. It is thought that the Romans started this tradition as they often celebrated birthdays with flowers, however flower meanings are found in many cultures the world over. Florists use this knowledge today to customize arrangements and give added meaning.

July’s birth flowers are the larkspur and the water lily.

Larkspurs are a tall growing annual in the delphinium family and come in a variety of colours from purple to blue, red, yellow and white. They bloom in late spring to late summer and are butterfly and bee attracters. The name larkspur comes from the lark, a small ground-dwelling songbird with elongated hind claws. The larkspur’s bloom resembles such a claw and so it was named. These stunning leggy beauties are highly toxic to both humans and livestock. Still, they are an excellent plant for the back of a garden that adds height and color. They can grow up to 2m tall, depending on the species, and produce flora in a column cluster from a central stem.

Overall, larkspurs speak of positivity, love and joy but each colour variation has a different meaning regarding that subject. A pink larkspur means fickleness or contrariness while a white one denotes happiness. A purple larkspur represents a first love.

Water lilies are in the family Nymphaeceae and there are about 70 known species. These aquatic herbs grow by shooting rhizomes out into the soil underneath the bodies of water in which they are found. Their leaves and flowers float on the surface from May to September, though each flower only lasts about four days. They come in all sizes including a miniature species which can be grown in containers and are perfect for home gardens. Although originally a native of the Amazon region, water lilies are surprisingly hardy and the British natives, such as Nymphaea alba, grow well in the variable British weather. Water lilies vary in color from red, pink, yellow, white purple and blue.

The Lotus refers to two ancient species of water lilies that are found to have special significance in many cultures. In Buddhism a red lily is a sign of love and passion, purple denotes mystic power and blue is associated with knowledge. However, a blue water lily in Egypt represents the sun and rebirth.

Water lilies are often chosen by brides in Western cultures as they stand for eloquence and gracefulness, although it is also a symbol of estranged love, so it pays to be specific with the intention! Overall, water lilies symbolize purity and rebirth.

If you were born in July, the larkspur and water lily bloom for you