Romantic attractions around the world have seen millions of lovers flock to these most desired destinations to pay tribute to love every year. Looking at attractions across the world and right here in the UK, our new research compiled by our engagement flower specialists reveals where these attractions are, that keep romance very much alive.

The Most Romantic Attractions in the World 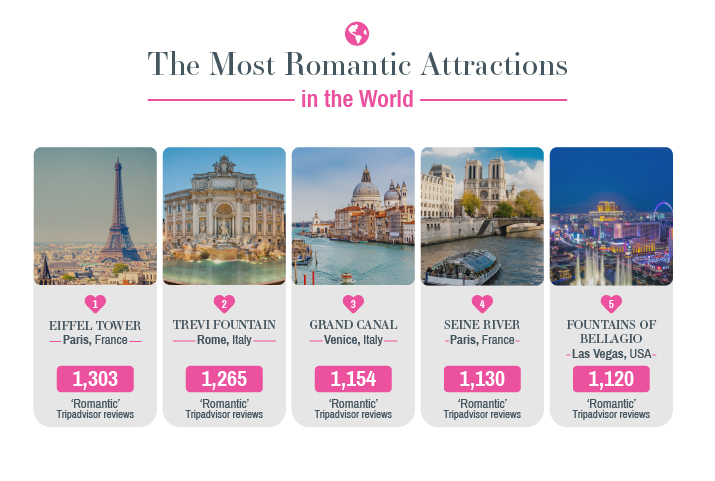 There really is no surprise that topping the list is the Eiffel Tower in Paris as the most romantic attraction in the world! Paris is known as the City of Love and this particular monument is seen as a symbol of love due to its incredible construction and breathtaking views across the city, with many couples every year getting engaged under this spectacular attraction. Oh là là!

The Grand Canal in Venice, Italy comes in third. The Floating City, that it has come to be known as, is known for its vast winding pedestrian streets, seemingly endless canals, couples on gondolas and the beautiful Italian food and drink. It would be hard not to get caught up in the romance of this city.

The Seine River in Paris ranks fourth. Known for inspiring famous painter Monet, the river that stretches through Paris is truly a romantic one. With couples strolling alongside the river or travelling along it on boats, it captures the light of the city beautifully, in both the day and that night.

The Fountains of Bellagio in Las Vegas come in fifth on the list. Set inside the 8-acre lake between the hotel and the famous Las Vegas Strip, the fountain combines pyrotechnics and music to create a very impressive water fountain display. Many couples opt to get married on the Bellagio’s balcony overlooking the fountain. 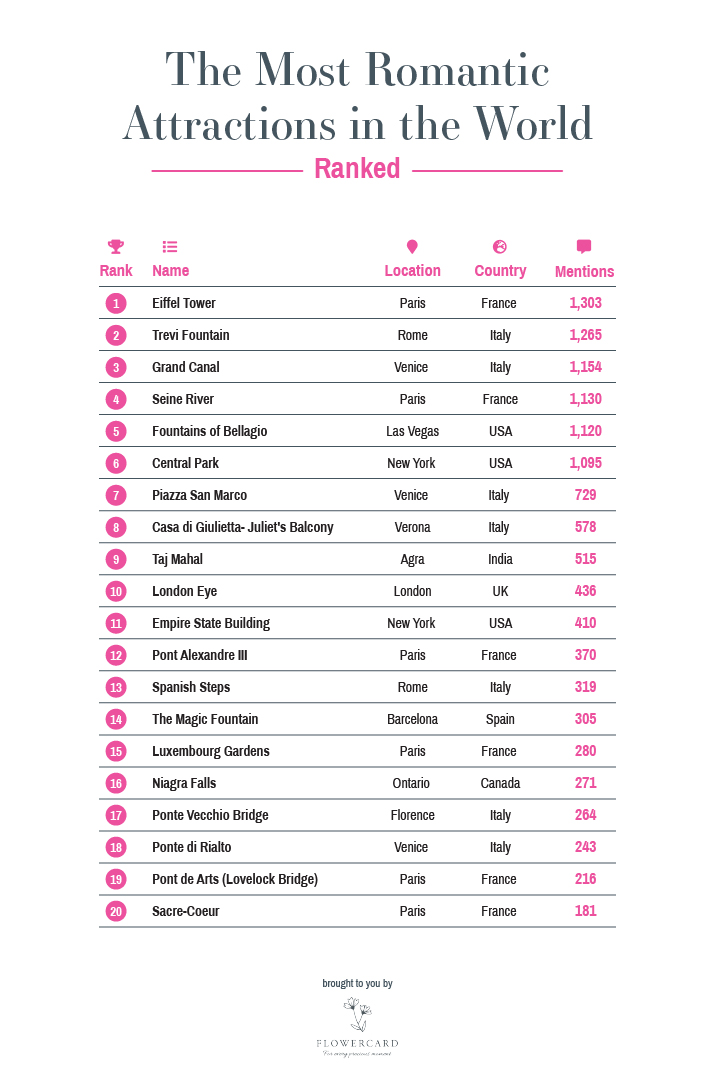 The Most Romantic Attractions in the UK 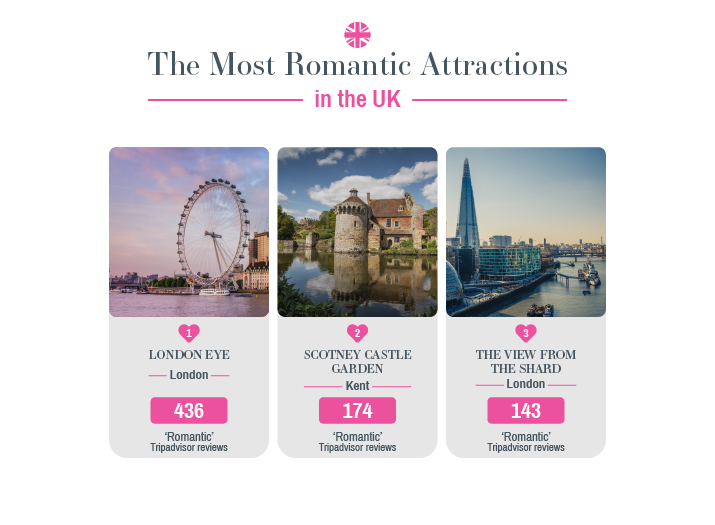 Taking the top spot for the most romantic attraction in the UK is the London Eye. Built in 2000, this observation wheel has seen many couples opting to get engaged or even get married overlooking the banks of the Thames and the surrounding area of Westminster.

Scotney Castle, somewhere a little less well known, takes second place. This 14th-century castle owned by the National Trust is surrounded by English woodland, a Tudor style manor house and even a castle moat, creating a romantic atmosphere in all seasons.

3. The View from The Shard, London

The View from The Shard provides some of the most famous panoramic views of London. Venturing up here to see the sunset over London with your loved one makes for a perfect romantic visit to one of the capital’s most famous landmarks. 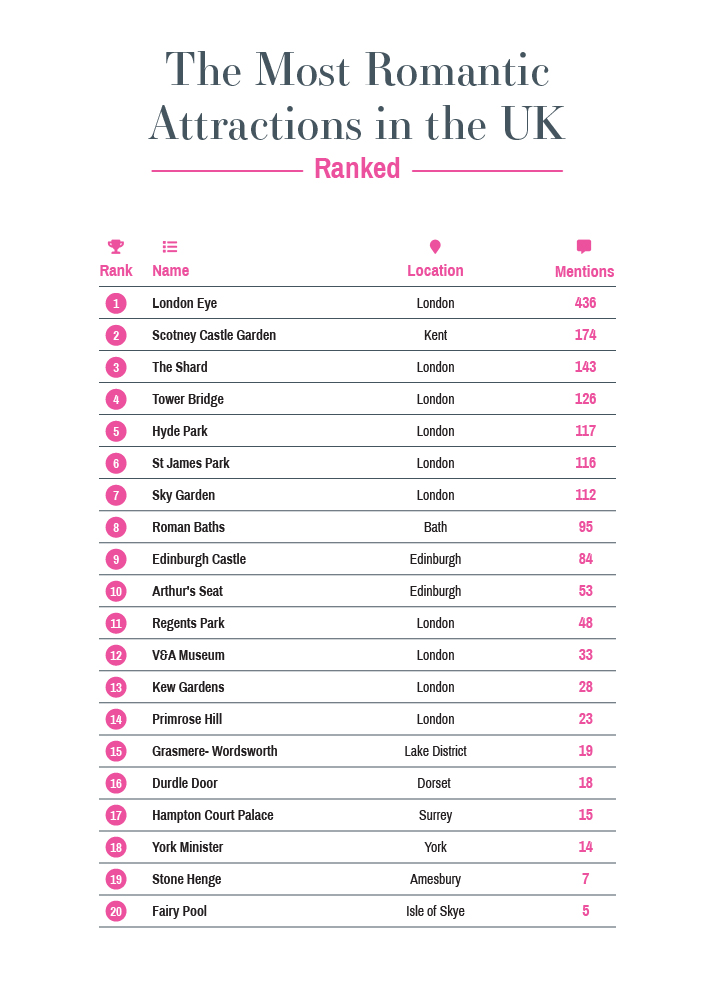 Looking at reviews from Tripadvisor at attractions around the world and in the UK, we analysed the number of reviews for each landmark that mentions romantic and romance to give us a total number of mentions about a location’s viability as romantic.