A new baby brings endless nappy changes, sleepless nights and well-wishers with fresh flowers, but most of all, they bring joy!

When choosing a name for a new addition, you can find inspiration from just about anywhere, but one of the most popular sources for inspiration is literature. Our favourite books feature characters who overcome the odds, create magic and defeat the villains, so naturally, we want to impart these names and their characteristics to our children.

We wanted to find out which literary baby names were the most popular with new parents, so we took a look at government data from the UK and the US to find out which characters are so well-loved, they inspired a generation of children.

The Most Popular Literary Baby Names 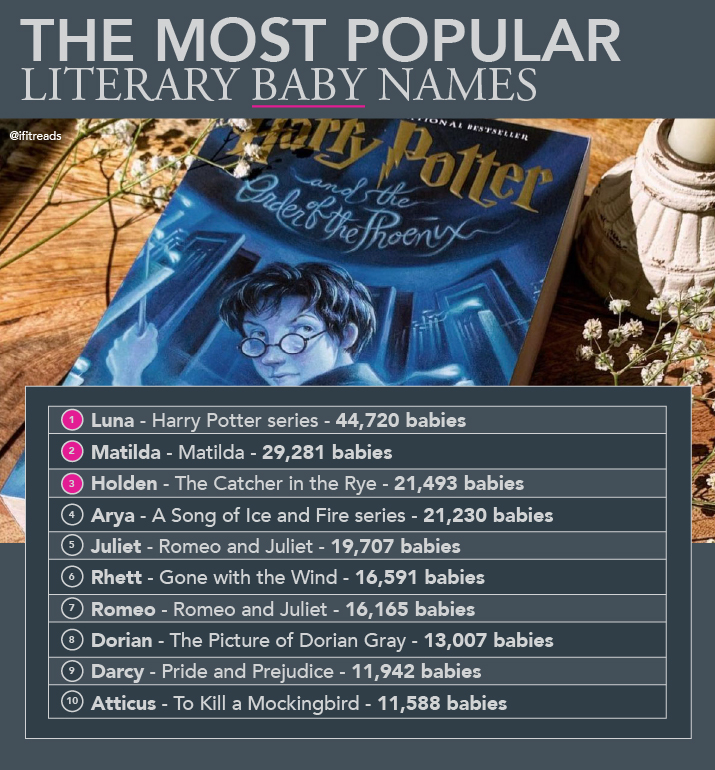 Looking at some of the most iconic literary characters, we saw that parents were taking inspiration from a huge range of books, from the Harry Potter series to Pride and Prejudice. The most popular name was Luna, with 44,720 babies given this name between 2000-2019, inspired by the eccentric witch, Luna Lovegood who first appears in Harry Potter and the Order of the Phoenix. 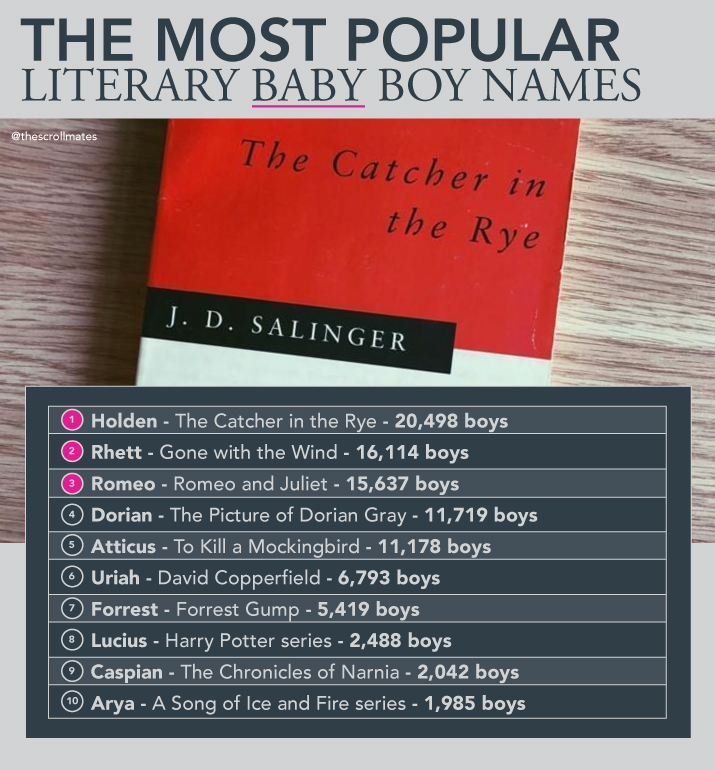 When we look solely at the UK and US boys who have been named for literary characters, we see that Holden tops the list with 20,498 boys named after the rebellious Holden Caulfield from The Catcher in the Rye. Other names are inspired by works such as Romeo and Juliet, To Kill a Mockingbird and The Chronicles of Narnia. 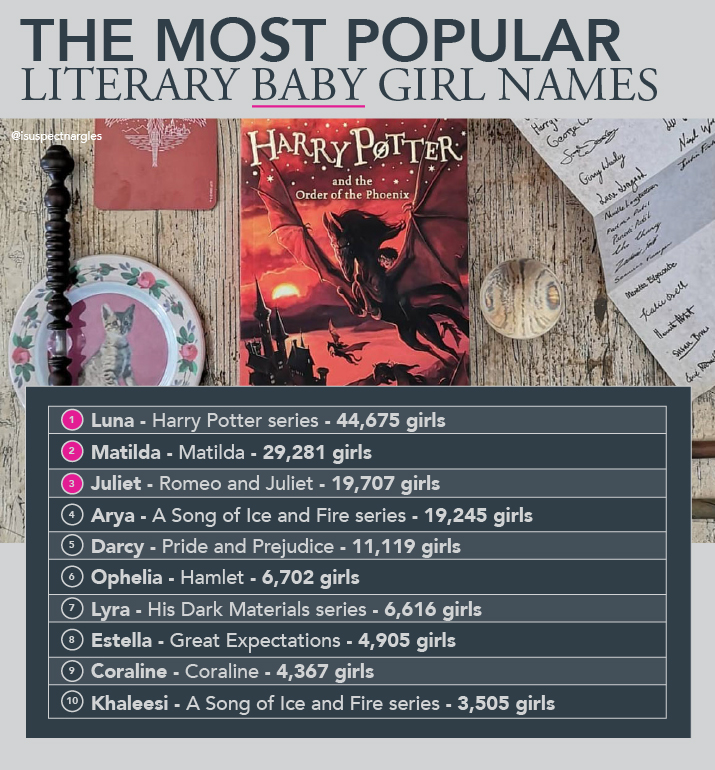 When it comes to the girls, Luna keeps the top spot, with 44,675 girls named for the character. In addition, these baby names take inspiration from literature such as the A Song of Ice and Fire series, His Dark Materials and the works of William Shakespeare. 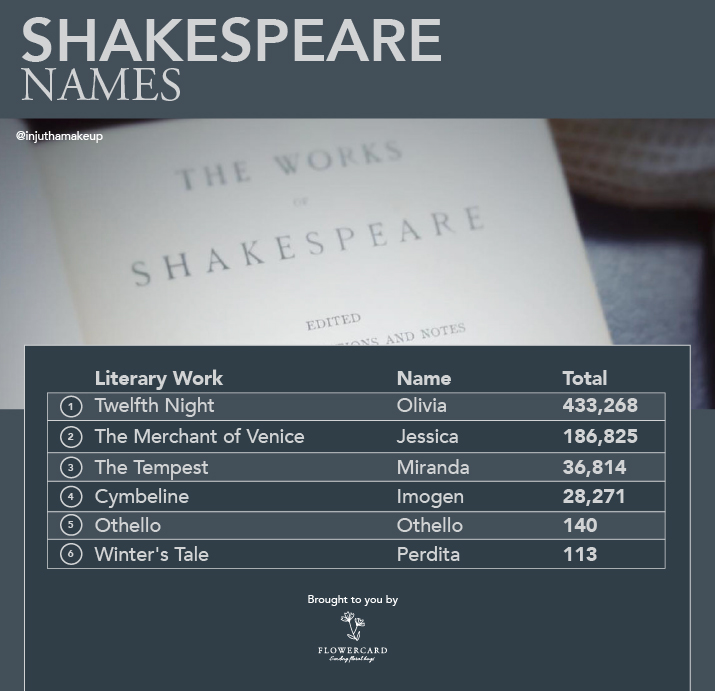 We couldn’t talk about literary baby names without mentioning the infamous playwright, William Shakespeare, who not only inspired parents for generations with his characters, he also coined some of the most popular names himself. Some of these names are so well-loved today, that it is surprising to learn that Shakespeare himself first brought the name into popularity.

These are just a few of his names:

Olivia - first used in Shakespeare’s romantic comedy, Twelfth Night. The name is now the most popular girl’s name in the UK and the US and has been given to 433,268 babies since 2000.

Othello - a more unusual name created for the book, Othello, this name still maintains its association with Shakespeare, and was given to 140 babies since 2000.

We looked at some of the most popular literary works for character names, as well as taking names from sources such as Britannica, The Guardian, Behind the Name and Book Riot. We then looked at government sources to find the number of children born in the US and the UK between 2000-2019 with those names and took the total of these.

When choosing names to include, we omitted names that are particularly popular in their own right and only used names that are instantly recognisable and associated with each character. This meant that names such as Harry for Harry Potter were not included.