The counties where couples are more likely to stay together

When loved-up couples get married, they plan to spend the rest of their lives together. Here at Flowercard, we love seeing couples celebrating wedding anniversaries with flowers, especially when it’s an extra special one.

We always want to know the secret to a long and happy marriage, but can your location have an impact? We wanted to know what parts of the UK have the best marriage success rate so we could find out if some areas help to encourage wedded bliss.

Using government data, we looked at the number of divorces that were finalised between 2011-2020 based on the numbers from each courthouse, which we were then able to sort into counties.

The Counties Where Couples are More Likely to Stay Together 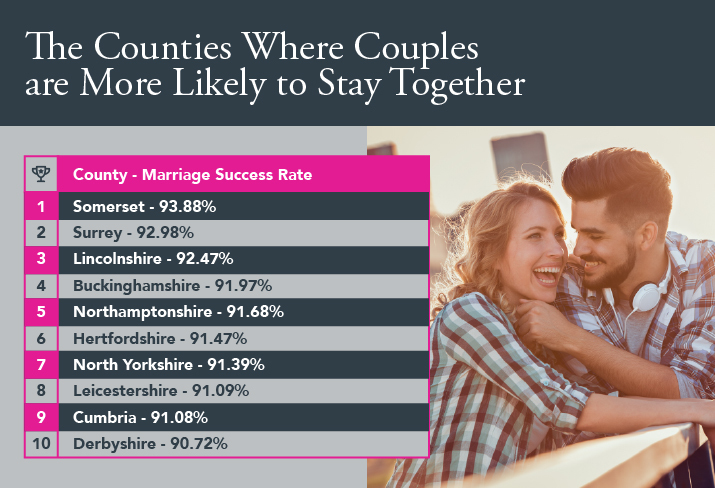 When it comes to the counties where couples are more likely to stay together, Somerset comes out on top, with a marriage success rate of 93.88. Surrey and Lincolnshire follow with a success rate of 92.98 and 92.47 respectively.

The Countries Where Couples are More Likely to Stay Together

Looking at marriages on a global scale, we can see that some countries have much better marriage success rates than others. But which countries rank highest, and how does the UK rank? 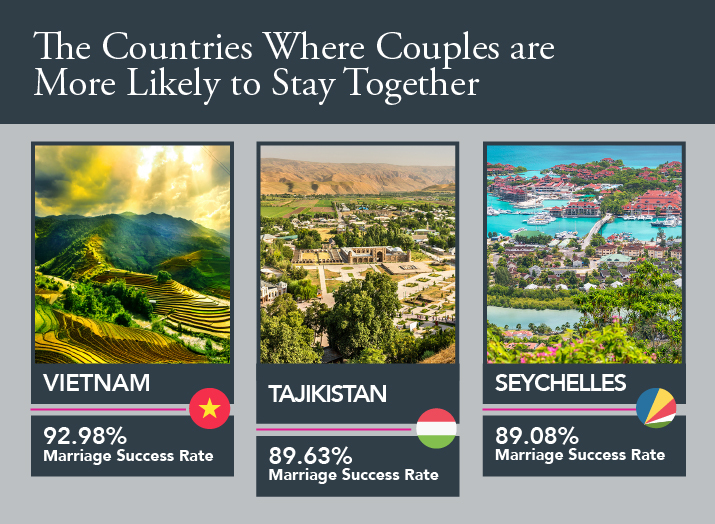 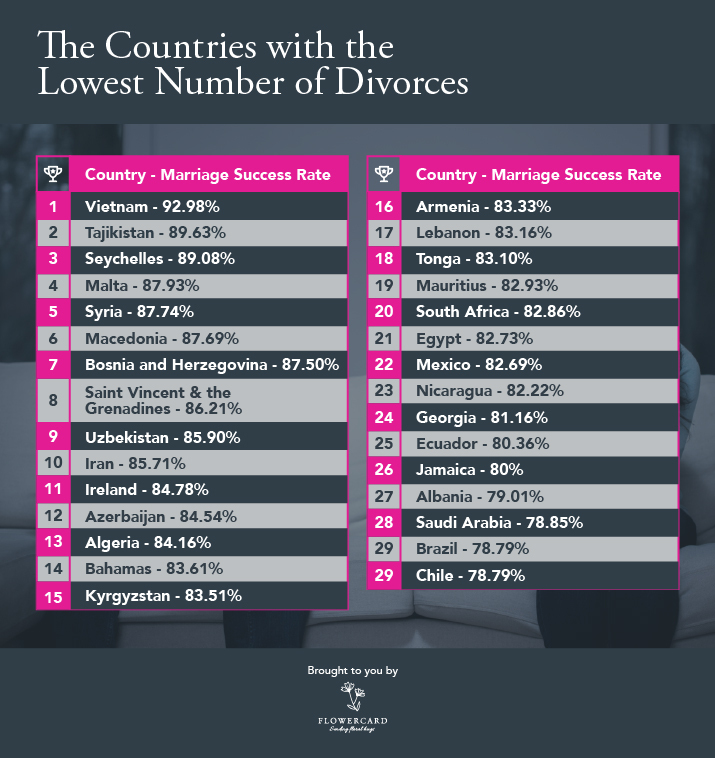 The Secret To A Long And Happy Marriage

We wanted to find out the secret to a long and happy marriage, so we spoke to Yvonne and Peter Galloway who have been married for over 52 years.

Yvonne, 69 and Peter, 71, from Kendal, Cumbria got married on 16th November 1968 and have revealed their top tips for a successful marriage:

Using Family Court statistics published by the Ministry of Justice, we were able to see the number of divorces finalised in courthouses around the country. We grouped these courthouses into counties and took a total of the finalised divorces in each county from 2011-2020. We then took the number of divorces per 1,000 people to give a marriage success rate. For example, where there were 6.12 divorces, this gave a success rate of 93.88.

Some counties were omitted due to lack of data or in cases where data covered multiple counties at a time, so cannot be considered with the 40 counties listed above.