For expecting parents, choosing a name for a new baby is a huge task - after all, the name chosen will be theirs for life. Names with a nature theme are hugely popular, and many of them are gender-neutral, which makes them all the more appealing for many parents.

But which names inspired by the natural world are the most popular? Our letterbox flower specialists looked at government data from 2000 onwards to see which names topped the list for the UK and the US.

The most common nature names for boys in the UK: 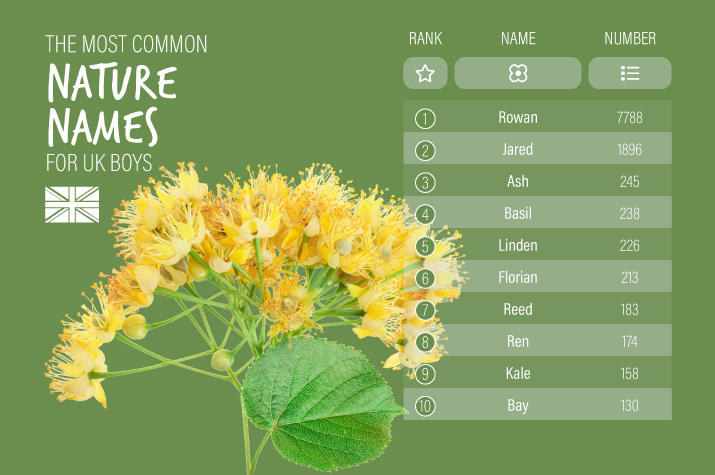 Several of the most popular nature names for boys in the UK are tree-themed, with Rowan, Ash, Linden and Bay all in the top ten, while Jared, a popular name shared by actor and musician Jared Leto means ‘rose’.

The most common nature names for UK girls: 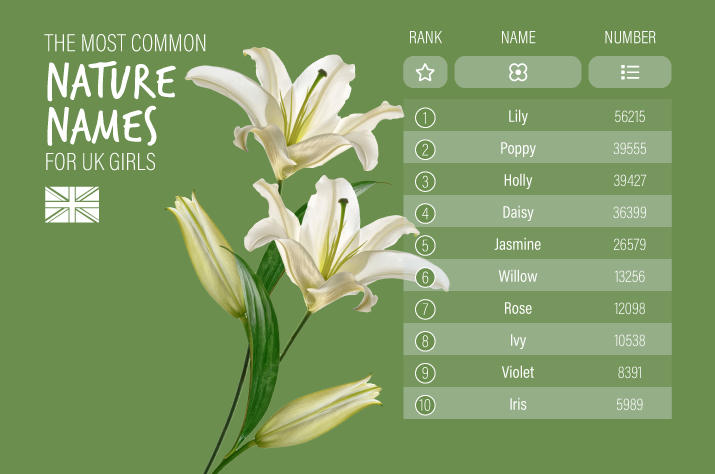 In the UK, floral names such as Lily, Poppy and Daisy are incredibly popular, although the Willow tree does appear in the top 10, which has been popular for quite some time, with notable namesakes such as Willow Smith and, the character Willow Rosenberg from the popular 90’s show Buffy the Vampire Slayer.

The most common nature names for US boys: 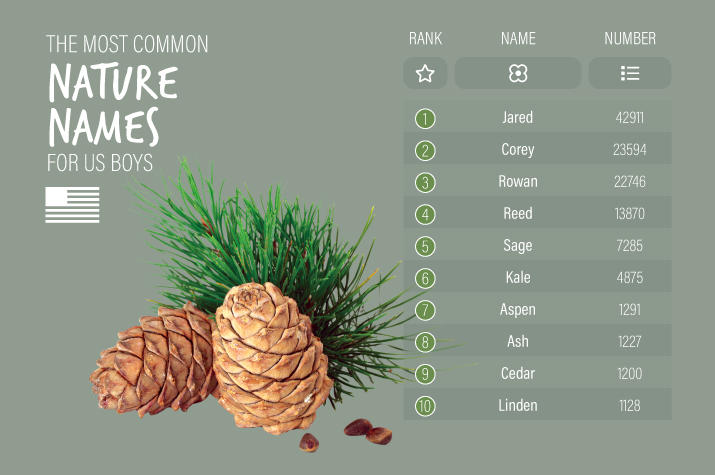 In the US, there are many more popular tree names, but the herb Sage also makes the top 10. Sylvester Stallone named his eldest son Sage, and it looks like it’s creeping into mainstream popularity!

The most common nature names for US girls: 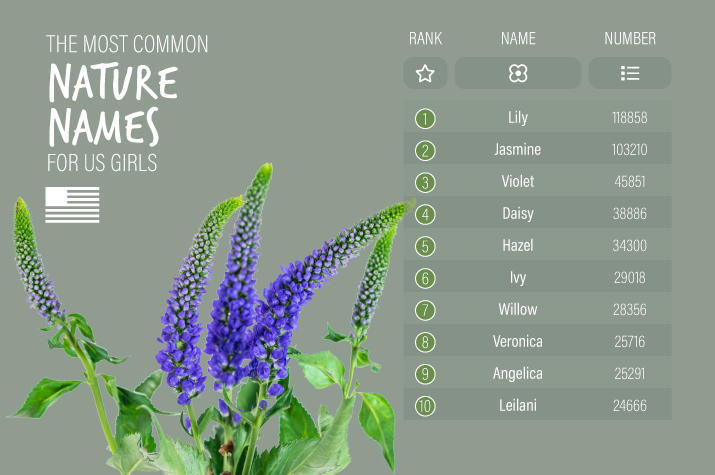 US girls are also frequently given floral themed names, with Daisy, shared by Star Wars actress Daisy Ridley appearing in the top 10, amongst many other flowers such as Lily and Jasmine. 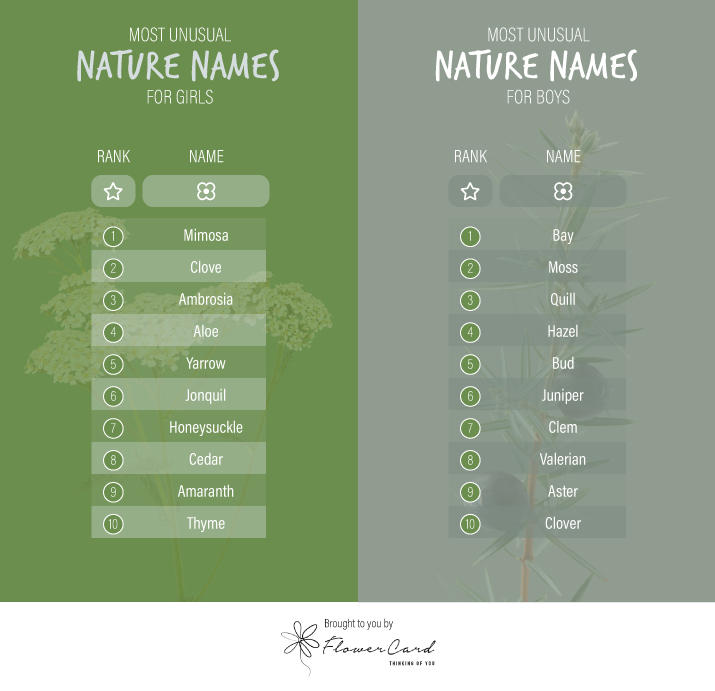 We combined several lists of baby names to create our list of nature-related names. Common names where it is not commonly known that they have a link to nature were removed such as Wiliam and Anthony.