Which baby names are dying out?

We all know that name trends come and go, with many vintage names such as George, Elsie, and Ivy making an impressive comeback. However, as some names rise to the top, others seem to be falling out of popularity and could even be considered endangered.

So, which names that were once in style are dying out? When taking a break from picking out stunning new baby flowers, our team took the time to find out. 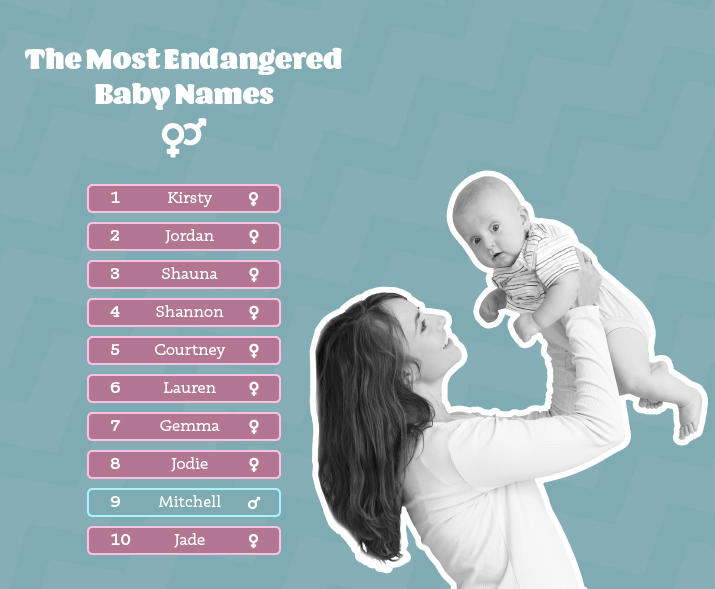 The Most Endangered Girls Names 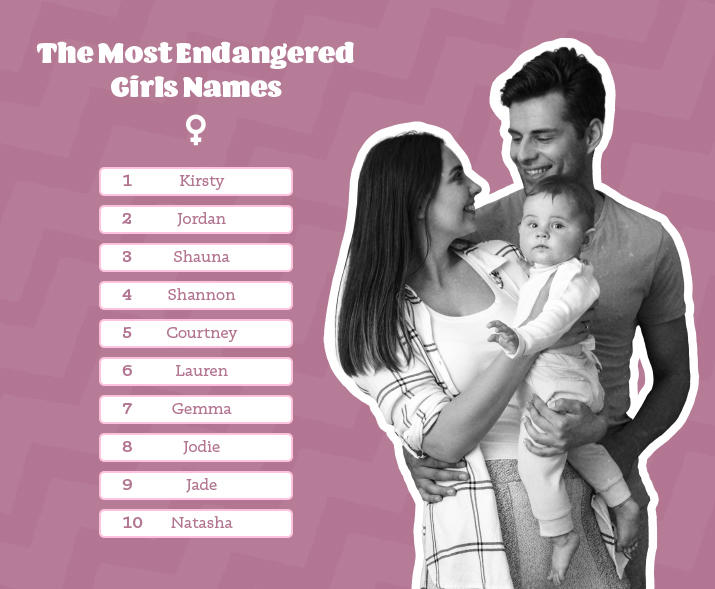 If your name is Kirsty, Jordan or Shauna, you’re an endangered name, with these girls’ names experiencing the biggest drops in popularity between 2000 and 2019.

Perhaps most surprisingly, at number six is the name Lauren which featured in the top 20 names in 2000, but took a drop of 98.02%, now finding itself on the list of most endangered baby names.

The Most Endangered Boys Names 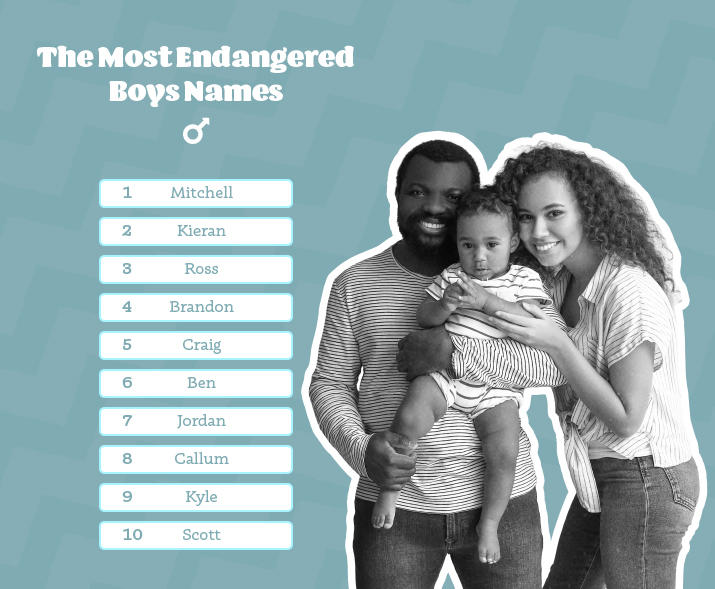 Like the girls’ top 10 most endangered names, the boys’ list also features a name that appeared in 2000’s top 20. The name Callum ranked as the 13th most popular name 20 years ago, but after a drop of 93.50%, is now one of the UK’s most endangered.

The Top 100 Most Endangered Baby Names

If you’re looking for a rare and unusual name to give to a 2020 baby, it looks as though Kirsty and Mitchell should be your top picks. While these may not seem like the most unique names in the world, just 25 children were named Kirsty or Mitchell in 2019, so you can be fairly confident that they won’t share their names with their classmates.

We used ONS data of baby names for girls and boys in England and Wales from 2000-2019. We then looked at a number of names that were popular in 2000 but had decreased in popularity dramatically in 2019 as well as a number of other names that are far less popular in recent years. We then calculated the percentage by which the popularity of the name had dropped from 2000 to 2019 to present our list of 100 endangered baby names.