What’s in a name? Well, if your name is Kate or John, success may be in your name! If you’re trying to pick a name for a new arrival, it might be worth considering some of these top names that are most common amongst celebrities such as singers, actors and reality TV stars.

Could your baby be the next John Legend or Kate Winslet? Our new baby flower experts studied 20,000 famous celebrities to reveal the names that could give your little one the best chances of success! Who knows, give your baby one of these and stardom might be in their future...

The boys’ names that are destined for fame 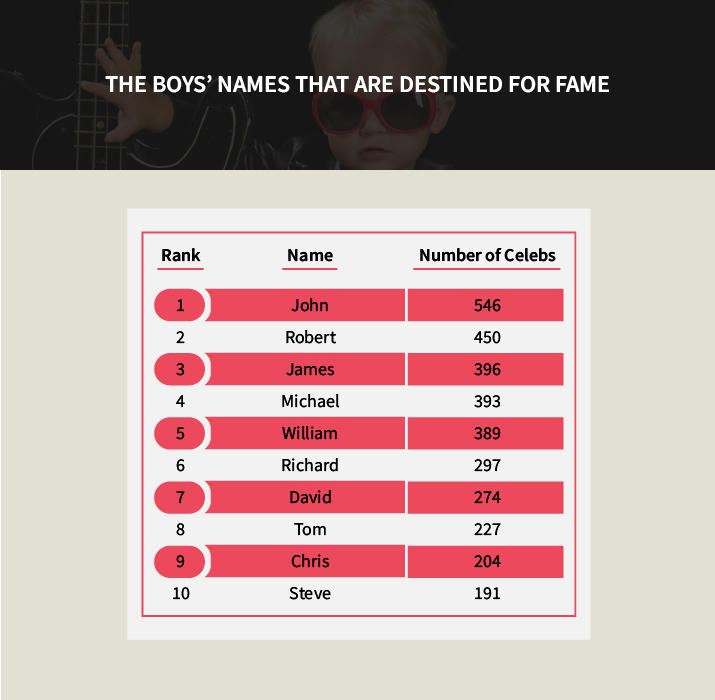 The girls’ names that are destined for fame 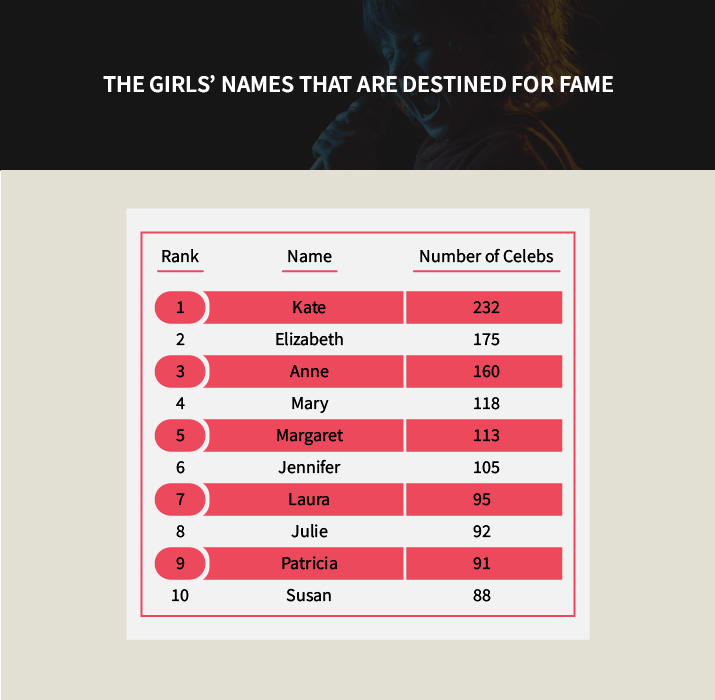 Names most destined for acting fame

Johns are most likely to be famous male actors

Kates are most likely to be famous female actors

Names most destined for music fame

Johns are also most likely to be famous male musicians

Elizabeths are most likely to be famous female musicians

Johns are most likely to be famous male TV & reality stars

From our pool of the most common celebrity names, you can find the likes of Elizabeth Taylor, Katie Holmes, James Brown, and Johnny Cash

Unusual names - Wentworth is not destined for fame, neither is Victory or Horatio! 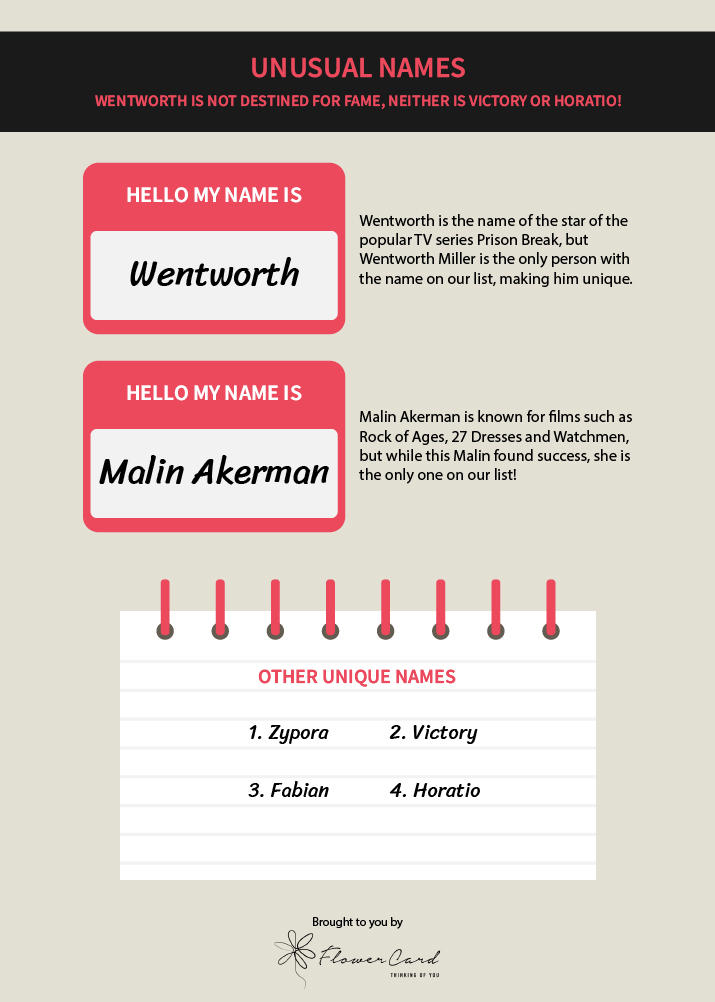 The following names are some of those which only appear once on our list of celebrities, so they may not be the best choice if you have hopes of stardom in your child’s future!

Wentworth is the name of the star of the popular TV series Prison Break, but Wentworth Miller is the only person with the name on our list, making him unique.

Malin Akerman is known for films such as Rock of Ages, 27 Dresses and Watchmen, but while this Malin found success, she is the only one on our list!

Other unique names include Zypora, Victory, Fabian, and Horatio.

We took a list of over 20,000 names from various lists on Wikipedia which listed male and female actors, musicians and TV and reality stars from the UK and USA. Using this list, we were then able to create a count for each name grouping derivatives of names together. For example, when counting the name John, we also counted names such as Jon, Jonathan, Johnny etc, giving us our ranking.