The history of Valentines Day is a long and interesting one. It's a story and tradition that is celebrated worldwide and we all have our own weird and wonderful ways of celebrating. It might be usual for you to send roses to your loved one but customs are different and unique to each culture across the world.

In Japan, it’s more traditional for the man in the relationship to get well and truly spoiled. It’s more culturally acceptable for Japanese women to be reserved when it comes to gestures of love, so Valentine’s Day is the perfect excuse for them to show their love.

Apparently the tradition of Valentine’s Day was introduced from the West in the mid-thirties, when the first advert for Valentines Days chocolate was run through a local English newspaper. By the 1050’s the tradition had other chocolate manufacturers interested and a new tradition was cemented in Japanese culture.

Promotion of chocolates that signify different relationship intentions became popular in the 70’s so now, in Japan, you can chose chocolates for people that mean different things – genius!

‘Giri-choko’, which literally translates to ‘obligation chocolate’ it available for women to give to men that they have no romantic interest in, for example, male relatives, bosses or colleagues. ‘Honmei-choko’, means ‘favourite chocolate’. This is reserved for husbands, boyfriends or someone a woman wishes to express her true feelings to. Finally, there’s ‘tomo-choko’, which is given to a female friend.

A month later, on the 14th of March, the Women get their presents on a day called ‘Ai Ni Kotaeru White Day’ meaning, ‘Answer Love on White Day’.

For one of the most romantic countries in the world, it’s no surprise that France has its own longstanding Valentine’s Day traditions.

The tradition involved single men and women of all ages to enter the opposite house and draw each other. If the woman didn’t like her suitor, she would ask him to leave and wait for the next man to come along to draw her.

The women who were stills ingle after the drawings had been done, held a massive bonfire and threw all of the paintings and drawings into the bonfire – the French government eventually banned the practise because of how uncontrollable it got. Hell hath no fury like a woman scorned!

A long, long time ago… in the 1700’s, on the eve of Valentine’s Day, single women in England would pin five bay leaves on their pillows – one on each corner and one in the middle. They believed that their future husbands would appear to the in their dreams.

A variation on this is that they would sprinkle bay leaves and rose water on their pillows and recite poems.

Luckily, we have cards and flowers for Valentine’s Day now.

So, on the seventh day of the seventh month of the lunar calendar, women throw oranges into the river. They write their phone numbers on the oranges and then they toss them into nearest river.

This is said to be because oranges are thought to be lucky, so fruit vendors will pick them up and resell them.

It’s like a dating profile in orange form… interesting! 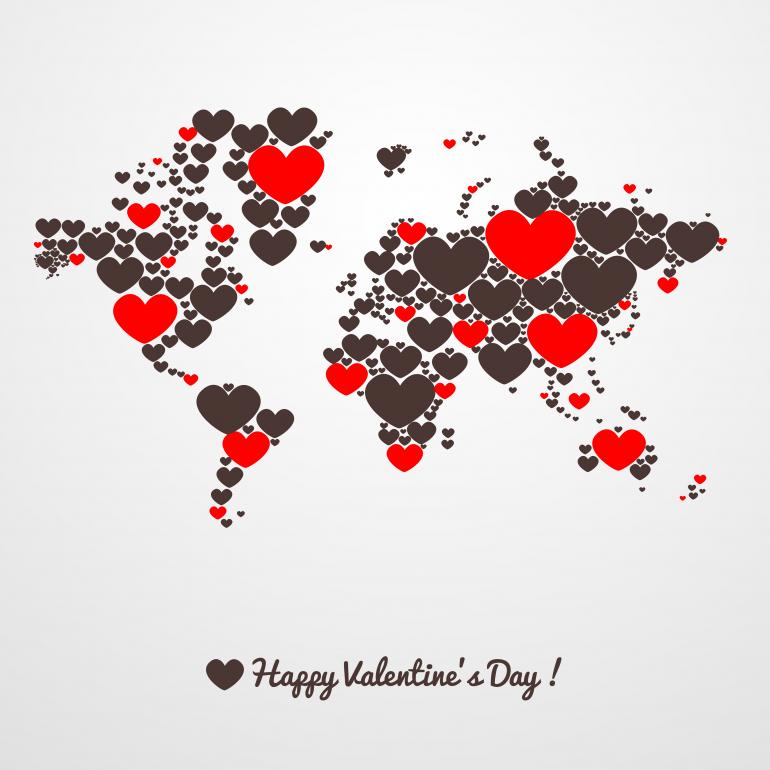