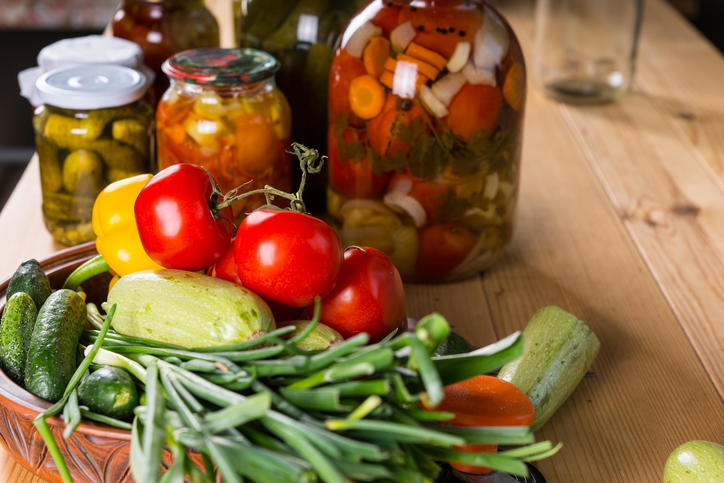 Ah, harvest time. If you’re growing tomatoes, you are likely asking yourself what to do with all those fruits. Yes, they are technically a fruit even though many believe them to be a vegetable. Tomatoes are certainly fascinating well beyond their genus and species. Their genealogy is even more interesting. Did you know people thought tomatoes were poisonous?

Let’s start back at the beginning. It is likely that the first tomatoes came from somewhere in Peru. They can still be found growing wild in the Andes and can be traced back to the early Aztecs around 700 A.D. In fact, some sources say that the South and Central American natives considered the tomato seeds an aphrodisiac, which gives a whole new meaning to the idea of a starter salad! Oddly enough, tomatoes made their way to Europe and North America in the most roundabout of ways. The Spanish Conquistadors arrived in Peru in the mid-16th century. They were the ones to bring it back to Europe, however most Europeans thought they were poisonous. Well, mainly affluent Europeans, for they ate their meals off pewter flatware. Pewter has a high lead content. The acid from tomatoes (or any other acidic food they ate off their plates) caused the lead to leech out into the food and people began dying of lead poisoning not realising it was the lead, and not the tomatoes, that was the real danger! The lower classes had no aversion to tomatoes and they eventually carried the now staple food back over the Atlantic to America with the mass migration of Europeans in the 1800s.

Canning, or bottling as it is also known was developed in the early 1800s during the first years of the Napoleonic Wars. The French government was offering a cash reward to whomever could create an inexpensive and effective method of preserving food so they could feed their large armies. In 1809 Nicolas Appert observed that food cooked inside a jar did not spoil unless the seals leaed. Thus canning was born.

Today it is a popular way to keep all those fruits and veggies from your garden in tip top condition throughout the winter. If you’re wondering what to do with all those luscious lycopersicums in your own garden (beyond dropping gift baskets at the front doors of all your neighbours) here are some recipes we love for canning/bottling your ripe red rounders.