The History of the Village Fete 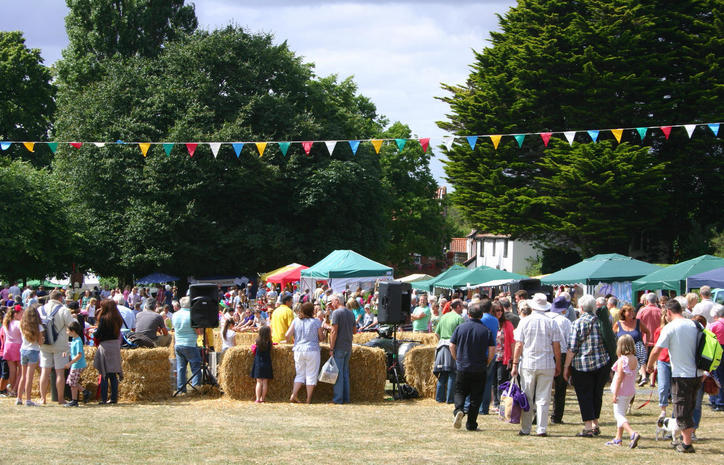 Who doesn’t love a village fete? A relaxing few hours spent wandering around the stalls, chatting with friends and neighbours from the area, picking up a plant or two for the garden and, of course, enjoying a cup of tea and some home-made cake – the best bit for sure!

But where did the idea come from? Who built the first coconut shy and how has the local fete become such an institution for villages and parishes around the country?

Well, the word fete comes from the French word fête and means ‘holiday’ or ‘festival’. The tradition of holding fairs dates back to the Middle Ages when key towns like London, York, Winchester, Lincoln, Norwich and Ipswich would hold trading fairs, which could last up to a week. This was an opportunity for local people to peddle their wares and services and around these market gatherings stalls would be erected selling sweet treats, food and trinkets.

As time went on and the UK moved from being a primarily agricultural economy to a more industrialised one, the village fair became less about commerce and trade and more about enjoyment and fun. The fair was a key date in the village diary and it became a gathering place where people in the community would meet and enjoy some time off work. Servants in the grand houses were allowed to attend and a day at the fair offered respite from the long and often gruelling working hours. The open spaces in villages and greens became the focal point for the fair around the 19th century and traditions such as maypole dances and the Tombola wheel became common place.

The fete as we know it today, probably dates back to the 1920s and is rooted more in charity than commerce. Local people would make things to sell at a ‘sale of work’ and the proceeds would be donated to charity. The fete peaked in popularity in the 1950s when it became a key date in the village calendar, but then declined in the 1970s and 80s as community life began to change and people moved away from villages and into the cities.

More recently, the local fete has gone through something of a renaissance and is a wonderful family day out. Fetes now feature all sorts of entertainment, the most delicious food, dog shows, puppet shows, music and, of course, dancing. For what is a gathering without dance!

In honour of this wonderful British tradition, we've created a range of village fete themed Flowercards which you can find here: https://bit.ly/2yMB1YN