November’s birth ﬂower is the chrysanthemum 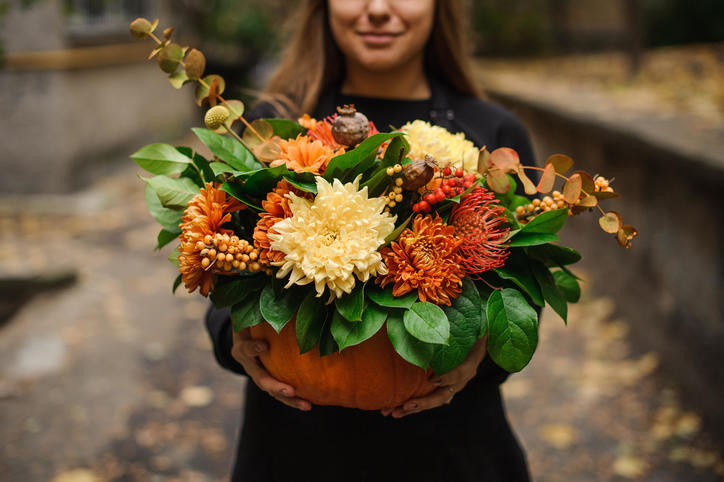 Chrysanthemums, sometimes called mums or even chrysanths, are the second most popular ﬂower in the world, the ﬁrst being the rose. First cultivated in China as a ﬂowering herb in the 15th Century B.C., it has grown to having over 20,000 cultivars across the world.

It is a perennial that belongs to the family Asteraceae. The name is derived from the Greek words chrysos, meaning gold, and anthemon, meaning ﬂower. That is because their traditional colour is yellow but there are plenty of other lovely hues mums come in from red, purple and pink to burgundy, bronze and even white. There are 40 wild species and literally thousands of bred varieties.

They can come in various forms too. They can look similar to daisies with white petals and yellow centres, be spiky like the brush or thistle mums, or be shaped like buttons such as pompons which come in various sizes from small to large - even up to 4 inches in diameter! They can come with one ﬂower to each stem or multiple ﬂowers, which are often called spray chrysanthemums. No wonder they’re so popular!

Though they are a favourite among ﬂorists, chrysanthemum uses expand into cuisine and beauty as well. The ﬂowers of certain species are boiled to make a tea in some parts of Asia and the leaves can be steamed or boiled for use as greens, especially in Chinese cooking. For the Japanese, it was a symbol of the sun and the ﬂower itself represented perfection.

According to Feng Shui, mums bring happiness and laughter into the home. Both the Japanese and Chinese consider it an emblem of youth and the Chinese even believe that it prevents grey hair.

The meanings of the ﬂower depend on the colour. A red chrysanthemum, for instance, means ‘I love you’ but a yellow one signiﬁes unrequited love. A white mum means innocence, purity and pure love. With the general meanings for the chrysanthemum being loyalty, friendship, honesty, compassion and love who wouldn’t want to receive a big bouquet of them?

We are a huge fan of mums here at Flowercard and use them in many of our arrangements. They are vibrant, long lasting, and very versatile. According to Wikipedia, “Chrysanthemum plants have been shown to reduce indoor air pollution by the NASA Clean Air Study." Yetanother bonus for having some brilliant blooms of the worlds second most popular ﬂower in your home!