The UK has something of a love affair with all things flowers and gardens. From manor house gardens to garden centres, we love all that blooms.

We decided to find out which parts of the UK are the best for those with a green thumb by looking at the number of public gardens, florists, garden centres and even how many Britain in Bloom awards each town or city has won.

So, take a look to see if your town or city features as one of our best blooming locations.

These are the best places in the UK if you love flowers: 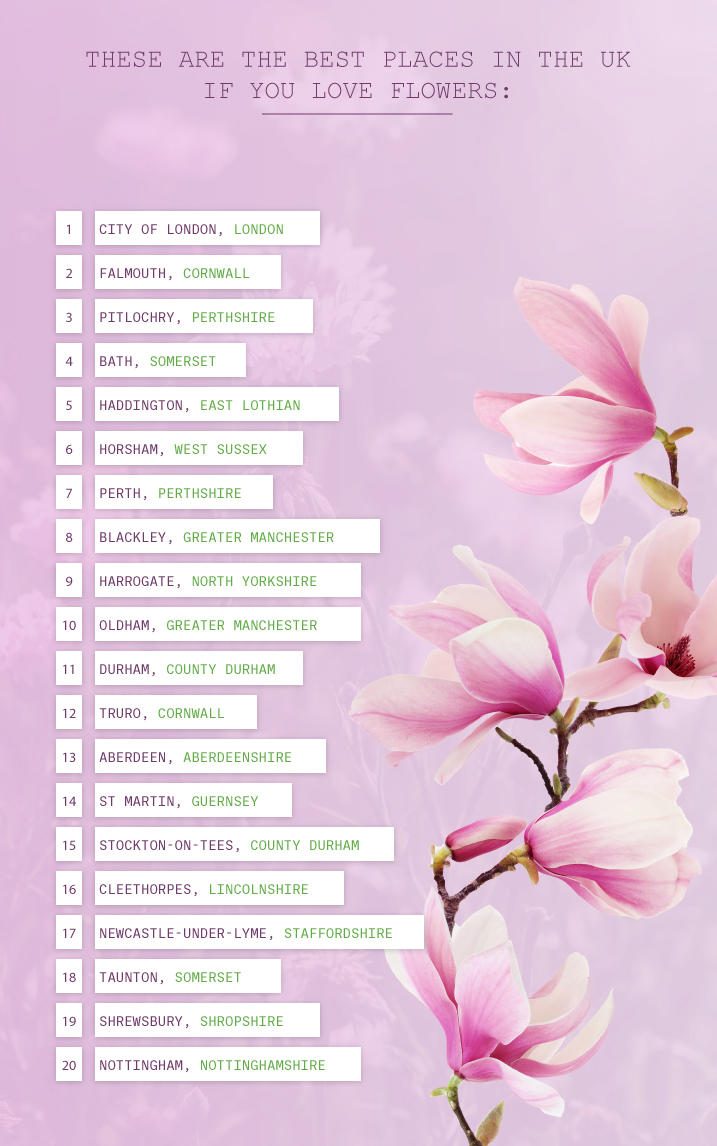 These are the top five award-winning locations with the most Britain in Bloom awards: 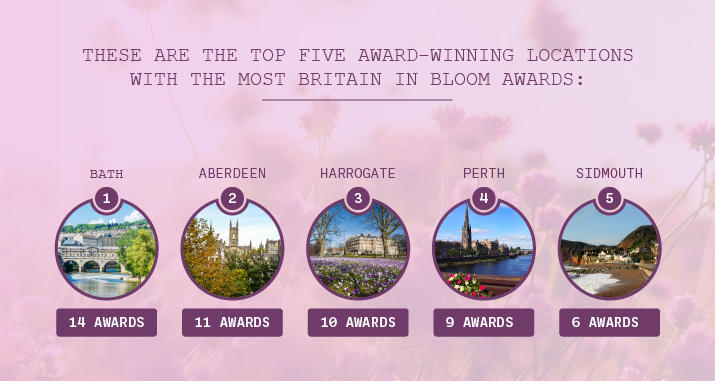 Looking to buy? These are the best places for florists and garden centres: 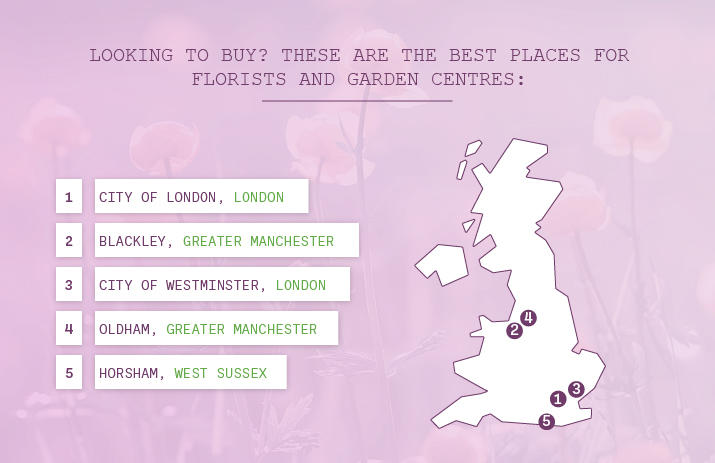 Looking for a blooming day out? These are the best places for gardens, parks and nature attractions: 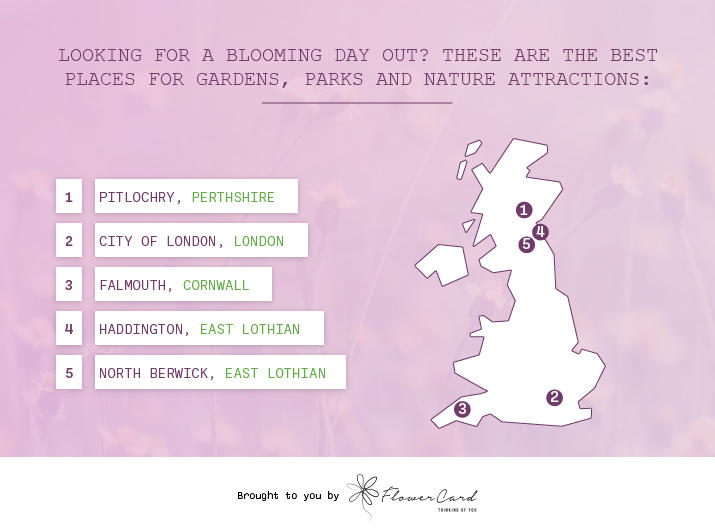 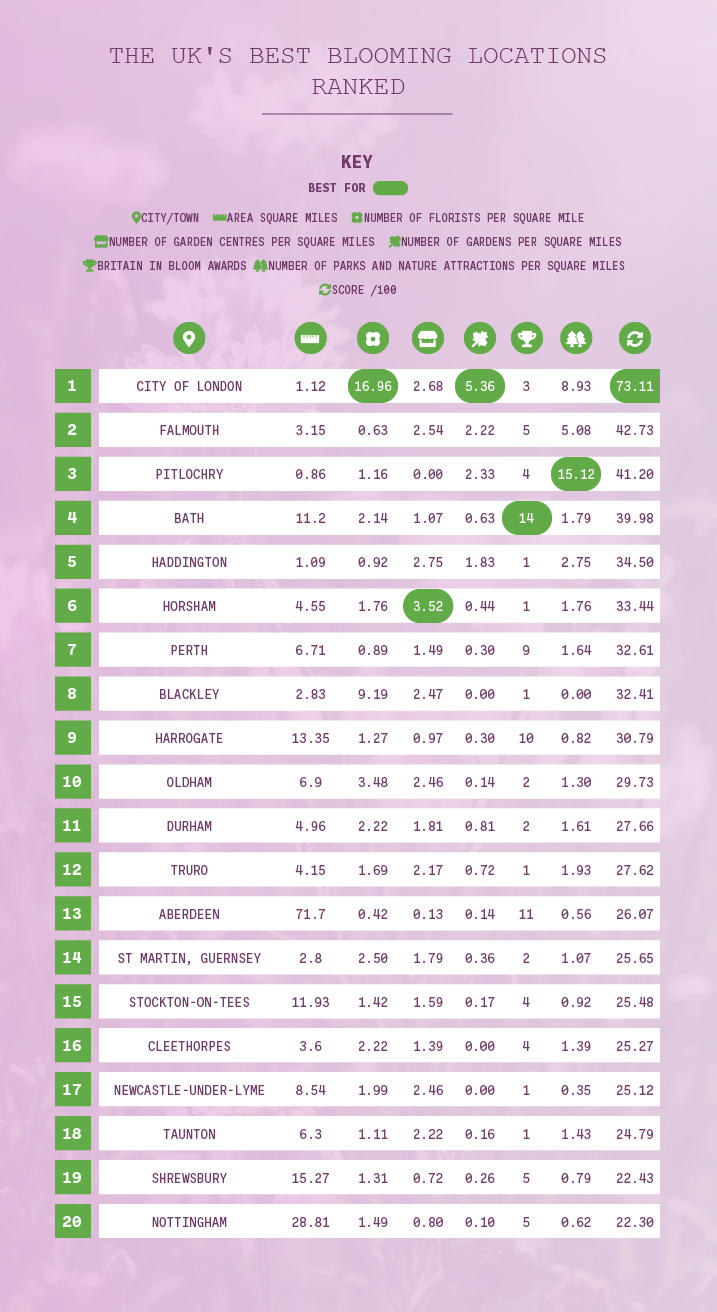 Starting with a list of the villages, towns and cities that have received Britain in Bloom awards, we looked at the number of flower-related venues in each location to find out which is the best blooming location.

Yelp - We took the number of florists and garden centres from this source, counting those within the local area, although some sites may fall just outside of the town or city lines.

Tripadvisor - We took the number of gardens, parks and nature attractions from this source.

Wikipedia - We took the number of Britain in Bloom awards from this source.

In order to find the square miles of each location, we used both Wikipedia and data from the ONS OPen Geography Portal. While every effort has been made to ensure these figures are accurate, some may be estimated based on available data.

With all of our data, we then used a weighted ranking system to rank the locations based on all the factors in the table.